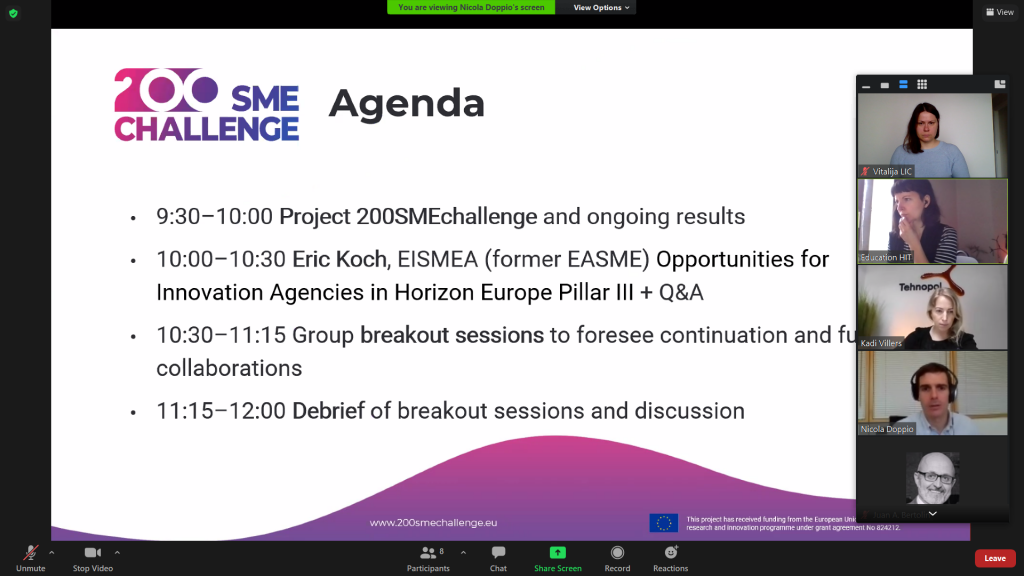 A second part of the scale-up workshop was organized on 21st May, when representatives from various Innovation Agencies joined the consortium to discuss the possibilities of adopting innovation contest approach in their innovation support activities.

At first, Innovation Agencies were presented with the 200SMEChallenge project, its major goals, activities and findings. Later, they also received an introduction to the RCT study implemented by the project and learned about the forthcoming innovation support initiatives from the European Commission. Finally, the representatives were divided into working groups in accordance with their field of expertise and were set to discuss on three major questions in their groups respectively:

At the end of the event insights from each group were presented in a joint session, showing some possible perspectives for scaling up and adopting the UX Challenge initiative. For instance, some representatives suggested to adopt an innovation contest as a mean to solve an unemployment issue where winning solvers would get a job with the company instead of just a prize. Other representatives discussed the possibility of adopting an innovation contest to a specific artificial intelligence challenge or more into a manufacturing, biotech and other domains rather than just as a digital challenge.

All in all, participants showed great interest in the initiative and came up with different ideas to adopt it even further. And now, only time will show if they proceed with them and if they succeed.